Abortion remains legal in GA, CT, NJ, and PA and immediate appointments are available with The Women’s Centers.
Please call us for logistical, financial, and scheduling coordination, offered 7 days a week.

Keep Politicians Out of the Exam Room

Throughout her pregnancy, a woman must be able to make her own decisions with the advice of the health care professional she trusts – without interference from politicians. Yet politicians in Pennsylvania are doing just that – and last Tuesday they passed HB 1948, which bans a medically-proven method of abortion and all abortions at 20 weeks. In effect, this bill will deprive a woman of her ability to make an extremely personal, medical decision and hand it over to politicians.

This bill is another example of politicians attempting to eliminate access to abortion care – however, what they are really doing is eliminating access to safe abortion care. Many PA representatives opposing this bill told heart wrenching stories of women and their families whose health and lives would be harmed if this bill had been law when they had their abortions. As they repeatedly reminded the general assembly, most fetal anomalies are not detected by ultrasound until after 20 weeks, and there are no exceptions for these circumstances, nor are there exceptions for rape or incest. Women will be forced to carry unviable pregnancies and doctors will face criminal penalties if they provide the best care for their patients. 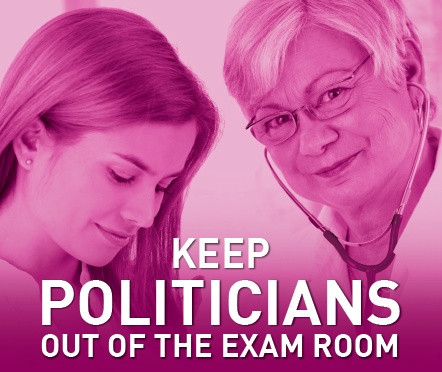 Baseless Arguments With No Science Behind Them

The proponents of this bill made two main arguments in support of this bill – that there have been “advances in medicine” able to keep a fetus alive earlier in pregnancy; and that a fetus can feel pain at 20 weeks. This is simply not true and the legislators arguing for the bill could not support these arguments with scientific or medical data. In truth, studies of infant survival and impairment rates support that 24 weeks as the point at which a fetus is considered viable*. In addition, the Royal College of Obstetrics and Gynecologists in Great Britain found that nerve connections in the fetal brain are not sufficiently formed to allow pain perception before 24 weeks**. The real issue here is not advances in medical science or fetal pain, but the attempt by proponents of the bill to take the decision about abortion away from a woman and her doctor.
Every pregnancy is different, and politicians simply cannot know all of the personal and medical circumstances behind a woman’s decision to have an abortion. It is wrong to let politicians create one rule on abortion for all circumstances. In drafting this bill, there were no public hearings, no testimony heard from reputable medical professionals (both the American College of Obstetrics and Gynecology and the Pennsylvania Medical Society oppose this bill), and no consideration by the House Health Committee. In fact, MDs who provide abortions were in Harrisburg last Tuesday representing Physicians for Reproductive Health and were denied the opportunity to present their experience and the effect that this legislation will have on their patients.

It is time for this to stop.We need your voice to stop these bills from going to the Governor. UPDATE 7-11-16: The PA Senate Judiciary Committee voted 9 to 5 to move HB 1948 for a full senate vote.  It is now more critical than ever that you call, email, Facebook or tweet your state Senator – you can look yours up here: http://www.legis.state.pa.us/cfdocs/legis/home/findyourlegislator/ and tell her or him to VOTE NO ON HB 1948. There is also a Governor’s petition you can sign here, however calls, emails, and those with personal stories have the biggest impact. 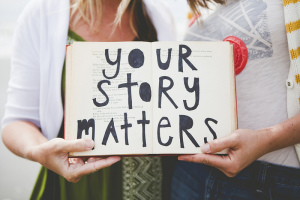 When you contact your Senator, please consider sharing why this legislation is personally so important to you. Your experiences and stories of how this legislation could affect you or your loved ones is paramount to reducing the stigma of abortion and helping to prevent bad legislation like this from becoming law.
*Moore GP, Lemyre B, Barrowman N, Daboval T. Neurodevelopmental outcomes at 4 to 8 years of children born at 22 to 25 weeks’ gestational age: a meta-analysis. JAMA Pediatrics. 2013; 167(10): 967-974
Moore T, Hennessy EM, Myles J, Johnson SJ, Draper ES, Costeloe KL, Marlow N. Neurological and developmental outcome in extremely preterm children born in England in 1995 and 2006: the EPICure studies. BMJ: British Medical Journal. 2012; 345:e7961
Rysavy MA, Li L, Bell EF, Das A, Hintz SR, Stoll BJ, Higgins RD. Between-hospital variation in treatment and outcomes in extremely preterm infants. New England Journal of Medicine. 2015; 372(19): 1801-1811
**Royal College of Obstetricians and Gynaecologists. Fetal awareness: Review of research and recommendations for practice. March 2010

PrevPreviousSupreme Court Affirms Rights to Access Abortion, but Fight is Far From Over
NextThe Politics of the BodyNext